Recently, Nils and I were discussing going on a family trip and different places we wanted to go specifically for the architecture. Welcome to the conversations of a couple that work in the building industry. This lead us into the topic of beautiful architecture in our very own home state! After some research I had a list of different buildings I wanted to visit to explore the local architecture. Today I am going to share with you 6 of Minnesota's finest architectural places!

The WAC is known to be one of the most modern and contemporary art museums in the United States. The museum was initially founded in 1879 as a personal gallery, which was then opened to the public as a museum in 1927. But it truly became a modern architecture masterpiece when it was remodeled in 2005. The awe-inspiring design was created by Herzog & de Meuron with the goal of creating more than just a museum but an art center that could be so much more. The addition consisted of a 7 story tower, with large metal sheets, folded to resemble origami. The building now consists of the perfect mix of clean lines, and flowing pieces, making it a modern art piece in itself.

We recently attended an event at the James J Hill House, and I was yet again blown away how beautiful it is. Originally built in 1891, this stunning mansion was the largest, and most expensive home in the state of Minnesota. It was designed by Peabody, Stearns, and Ferbur with over 36,000 square feet of living space, full of intricate design and details. The home has been acknowledged as a national landmark since 1961, and can be toured to this day! This is a definite must see for anyone with a love for architecture and/or History!

Originally opening its doors in 1892, the Duluth Union Depot is another Peabody & Stearns design, known for being one of the few examples of French Norman Style architecture in the USA. It was a busy station, serving 7 railroads and 50 trains each day, and was the only thing that connected Duluth to the rest of the country. The Union Station had the railroad offices, a barbershop, parcel room and so much more. After the busy years of WWI and II, rail service started declining, and slowly but surely the depot service petered out. Their passenger services ultimately ended in 1969. The building sat empty, and looked like it would end up being destroyed until the community stepped in gaining the Depot a place in the list of National Historic Sites. Today it is the St. Louis Heritage and Arts Center.

As one of the most recognized architectural masterpieces of our beautiful state, I had to add the Guthrie Theater to our list. Designed by Jean Nouvel, the current version of the Guthrie was constructed in 2006. With its exterior of blue metal and endless glass, it is not your typical theater. The “Endless Bridge” extends 178 feet from the building and leads to a stunning view of the Mississippi river and Stone Arch bridge. For those infatuated with unique architectural design, the Guthrie Theater is a must see!

The Garden Mausoleum, designed by HGA Architects, is perfectly placed between Lake Calhoun and Lake Harriet. It has received multiple awards for its design with its ultra modern minimalistic look. With the stunning use of lighting, the building perfectly suits its use at Lakewood Cemetary with below ground crypts, and an above ground chapel that overlooks a reflecting pool. It may be an eerie spot, but the architecture is beautiful and inspiring for those who seek modern minimalistic design.

With 63 quartz-faced pillars, the Northwestern National Life Building previously known as Voya Financial Building, speaks for itself. Designed by Minoru Yamasaki, the Voya Financial Building was set to be the highlight of a major urban renewal project. With the stunning quartz-faced pillars, paired with the gray tinted glass and marble slabs, this building is sure to blow you away.

Oftentimes when we think of places we want to visit, see, or explore, we think outside of the city or state we live in. In the process of researching and writing this resource post, I found myself excited to go and explore the city I live in as I found many historical and modern architectural masterpieces are right here in my hometown! These beautiful architectural masterpieces are everywhere, giving us endless places to explore.

Enter your email address to be notified of new posts and other Hagstrom Builder news.

Since 1962 we have been serving Minnesota, Wisconsin and Florida. 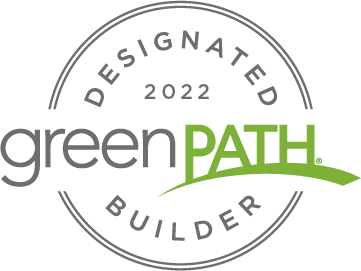